It is with great sadness that I advise of Charlie’s recent passing following a long and ongoing battle with health issues.

I think that I can safely say that Charlie was the most enthusiastic dog I have known. Whenever I called to collect him he was ready…regular as clockwork…keeping himself in check as best he could whilst bursting to get out and about. His energy was palpable and his enthusiasm infectious.

Balls. There, I’ve said it…Charlie loved balls…Chuckit, Kong, Tennis, Street Hockey, Soccer, Football…if they were vaguely round and could be chased he was there.

And I do mean “they”. Charlie wasn’t averse to carrying two or three at a time whilst figuring out how he could get hold of a fourth!

I always felt reassured when he was walking with the crew as I knew he would round up any balls that may have slipped through another member’s grip. Indeed, his people told me of many an occasion where he would find balls buried deep in snow, in tall grasses and where you would least expect it in the middle of nowhere.

Charlie was made to run. In the time I knew him he did slow down a little, but he was still an impressive sight when he got going…in sun, rain, sleet or snow. Notwithstanding this effort and endeavour he was always surprisingly gentle in both nature and deed…particularly for such a big, all action boy. 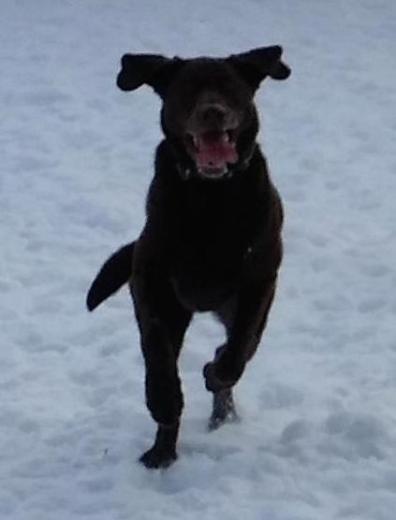 Charlie’s people sorely miss their friend of many years. Life feels very different without their ever present and faithful companion. Time will help the healing and there is little doubt that memories of a lively big bouncy boy will help to lift spirits  when feelings are low. The crew and I miss Charlie…he enjoyed being one of us, we enjoyed being with him and he has left a big gap.

This site uses Akismet to reduce spam. Learn how your comment data is processed.

Visitors showing the 'Walk some love......